The store will not work correctly in the case when cookies are disabled.
Menu
Account
Instellingen
Taal
Nederlands

Peter Bouman (FMI): "We're 100% for more checks, but need the capacity and manpower for it."

In the Netherlands, the mayor of Rotterdam, Ahmed Aboutaleb, is calling for tougher measures in the war against cocaine imports. He is joined by his Belgian counterpart in Antwerp, Bart De Wever. The two mayors recently visited Panama, Costa Rica, and Colombia. That led to them penning a letter to Prime Ministers Mark Rutte (the Netherlands) and Alexander De Croo (Belgium). The mayors want 100% of containers of exotics such as mangoes, pineapples, and bananas to be scanned. "Currently, it's only a few percent," the letter states.

The letter includes more recommendations for tackling the drugs problem. For example, there should be more collaboration with the countries where the drugs originate. The police and judiciary should be freed up to investigate fraudulent money flows. Also, the ports of Rotterdam and Antwerp should be better secured, including using artificial intelligence. 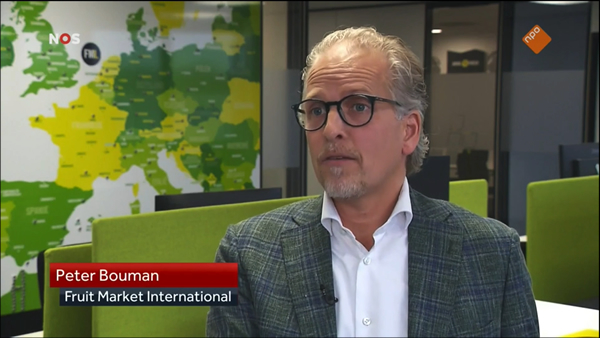 The mayors outlined their plans to the Dutch and Belgian broadcasters, NOS and De Zevende Dag. Peter Bouman of the Dutch company FMI (Fruit Market International) got the opportunity to respond in a TV program. FMI imports products like lemons and limes. Peter also expressed his reservations as part of his response. "If you were to implement these plans now, the fresh fruit containers would have to stand at port for three of four days longer. And with each extra day, our products lose value," Peter says.

Yesterday, he qualified that by saying, "As we said in the program, we're, of course, in favor of more scanning. That provides a greater sense of security for everyone involved in the sector, from the transporters to the warehouse personnel. However, you cannot take this step if the ports' scanning capacity and shipping companies' working methods don't drastically change."

"Otherwise, this solution is unfeasible and will only cause more problems. We, for example, handle 250 to 300 containers of limes per year alone. Some of these already regularly remain in the port of Rotterdam for too long because they have to be checked. If you want to go from about one to 100%, without any infrastructure changes, it will be complete chaos."

"It's not about getting more scanners; there must also be enough staff to do everything, after hours, too. The whole scanning, supervising, and container releasing process must be able to run 24/7. We think the mayor didn't fully consider this," says Bouman.

Ultimately it is up to the politicians to organize this properly. "European ports will also have to work together, not only Belgium. If there are delays, people will take their trade elsewhere, like Hamburg or other southern European ports. All the links will have to cooperate to get this organized Europe-wide."